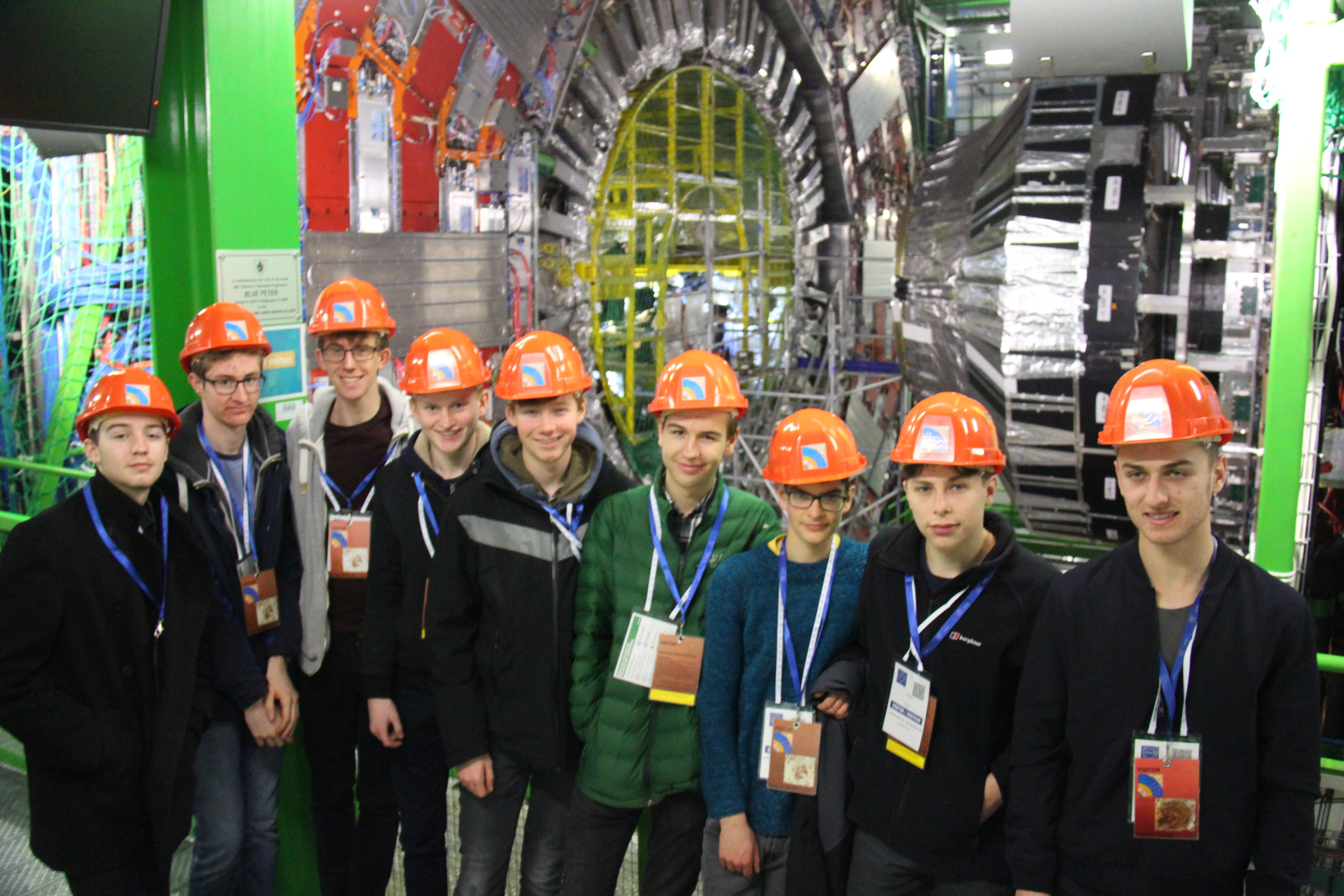 Sixth Formers visiting CERN in Geneva had the mind blowing experience of visiting the hottest and coldest places in the known universe at exactly the same time.

The students were taken 100m underground to take a look at the CMS detector, one of the two devices at CERN that discovered the Higg’s boson. When the proton beam is running the magnets that control the beam are super-cooled to 1.9 Kelvin, -270.1 degrees Centigrade. When the proton beams collide in the centre of the detector the temperature can reach several trillion degrees Centigrade for a fraction of a second.

Seb Newton, one of the visiting Y12 students, called the trip inspirational.

He said: “Visiting CERN was a great and unique learning opportunity. Being able to see the CMS detector close up has really inspired my interest in physics.”

The CERN trip is the inspiration of Marling Physics teacher Steve Berry, who has been running it now for 6 years.

Steve Berry said: “The students were very fortunate to be able to see the detector close up. It is a truly remarkable device and the memory will stay with them. Going to CERN and seeing cutting-edge scientific research first hand is a fantastic experience for our future scientists.”