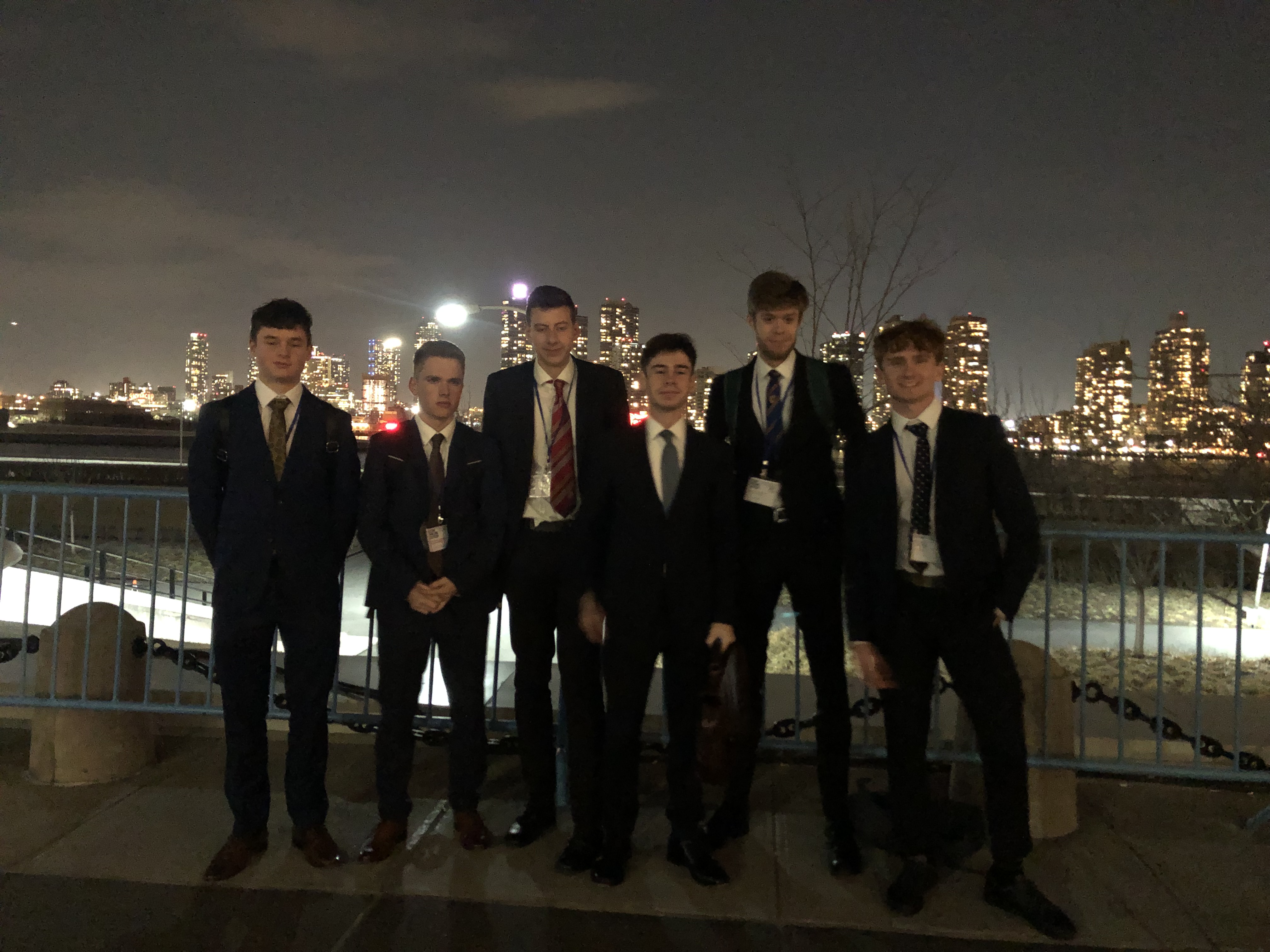 Earlier this week, a group of Marling Sixth Formers took the amazing opportunity of speaking at the Change the World Model UN Conference in New York, said to be the most prestigious youth event in the world. As the only school from the UK, the Marling students were tasked with researching and representing the Cote d’Ivoire, debating critical topics including sustainable development in post conflict areas, terrorist threats to international peace, climate change and rights to education for refugees.

The lively debate involved students of diverse nationalities acting as ambassadors for the 193 member states they were representing in the awe-inspiring surroundings of the UN Headquarters. This year, the opening and closing ceremonies were attended by European leaders and politicians as well as UN Goodwill Ambassadors promoting the theme ‘No More Walls’ to mark the 30-year anniversary of the fall of the Berlin Wall.

“It was a very formal and challenging setting so we gained experience of real-life debating at a global level. We had to forge alliances with other countries to get our resolutions passed, which was a great opportunity to develop our negotiating skills and also meant we made lots of new friends in other parts of the world.”

“The standard of debating was extremely high and it was amazing listening to these young people speak passionately about real world issues. It suddenly made me feel very positive for the future of our planet!”

The visit wasn’t all hard work. The students also visited Times Square, the Statue of Liberty, One World Observatory and the 9/11 Memorial as well as having the opportunity for shopping and enjoying American food.

All students agreed that it had been a really worthwhile and inspirational trip and felt that their voices and ideas had been heard.